Just for fun, I set up the 1k resistor/47-50u capacitor combo again, same components as before (polypropylene vs. back-to-back electrolytics), but for a test signal, used a combination of 1kHz and 2.5 Hz sine waves, still set for 8VRMS. The distortion spectrum looked pretty much the same as before, but I thought it would be interesting to see what the sidebands looked like. I zoomed in on the 1kHz peak, changed the window to Blackman-Harris 4 (better resolution of sidebands), and changed the sampling rate to 48k to decrease bin width (again, helping resolution). The comparative data are shown here. 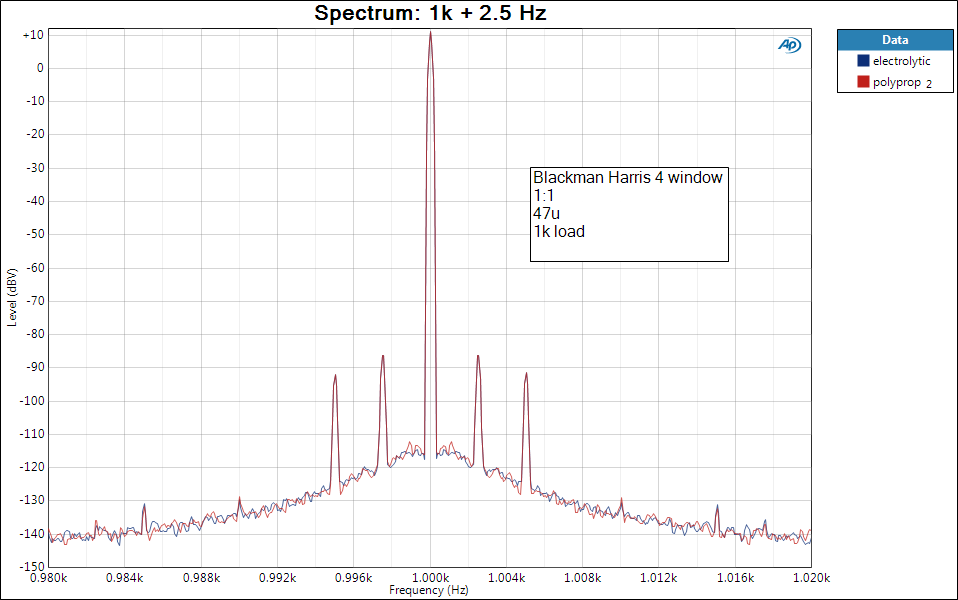